Posted on December 20, 2020 by peggylchambers 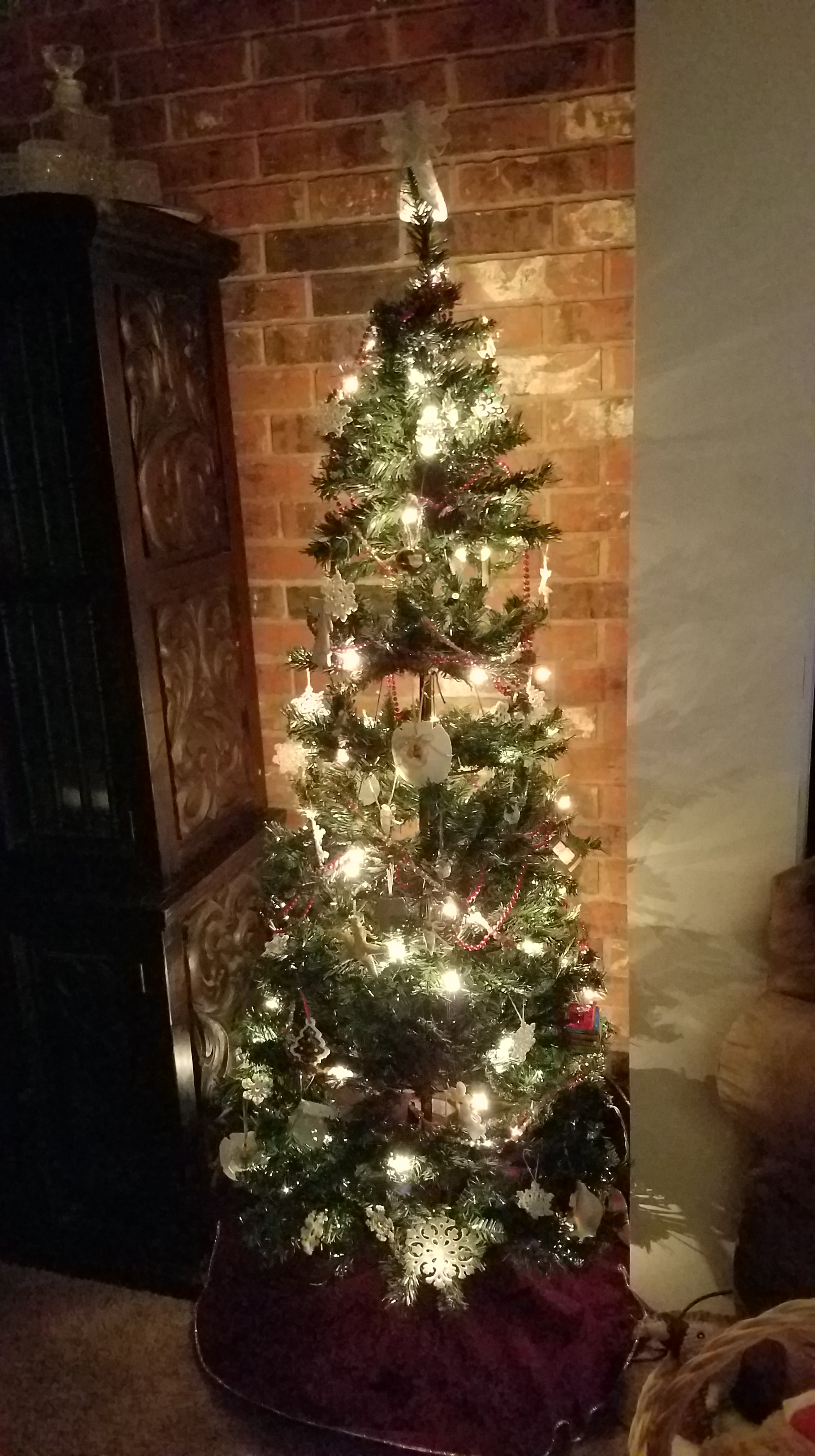 I walked in the door at Lowes near the garden area and it caught me by surprise – cinnamon. Not the common fertilizer and weed killer smells. It smelled like Christmas. It took a while to find where they hid it. The scent was somewhere in the store. And I followed my nose. Up high above my head, I found them. Cinnamon pinecones.  The scent of Christmas.  I had to have those – later – closer to Christmas.  If they were still there.  I love the scent of cinnamon no matter the time of year, probably because it reminds me of my mother’s snickerdoodle cookies and Christmas as a child.

But cinnamon isn’t my only love. I loved the smell of a real evergreen in the living room. The smell of an alpine forest inside for all to enjoy.  Unless you were allergic to it as my son was.

Growing up, like many families, we always had oranges in our stocking.  We never had a fireplace, but we still hung the stockings somewhere for Santa and in the morning they would be full of nuts and oranges, our presents under the tree.  I was never sure why oranges.  They weren’t a winter fruit – not local to where we lived.  But it was a tradition.

Cinnamon, evergreens, oranges. I found a potpourri once called Scent of Christmas and I think it smelled like all of these together.  It was so strong, I had to let it sit on the porch for a day or two so we could breath, but it was Christmas.  Add some nutmeg and cloves and you have almost found it.  Maybe the scent of my mother’s mincemeat pie.  Many people don’t like mincemeat, but it was a staple in our house for the holidays and it had every spice and herb available in it.

Why are the holidays such an olfactory experience?  Why do we remember the spices and sweet treats from our childhoods? They were from the good times. A simpler time in our lives.  Remember waking on Thanksgiving morning to the smell of turkey roasting?  Mom had been up for hours working tirelessly so we could gorge ourselves and then take a nap on tryptophan while she cleaned up the mess.

Now the best smell of Christmas will be family. I’ll remember my mother’s perfume as I hug my daughter. Fresh washed children run through the house squealing with delight. Warm sweaters and warm smiles, soon the room will warm with all the bodies until we have to turn on the ceiling fans and turn down the heat.  The smell of food and love are one whether we realize it at the time or not.  Probably not. But the scent of Christmas is full not just of things we ate but people we loved.

Family is the true scent of Christmas, but cinnamon . . .

Merry Christmas this week. I hope it is an aromatic one.

Peggy Chambers calls Enid, Oklahoma home. She has been writing for several years and is an award winning, published author, always working on another. She spends her days, nights, and weekends making up stories. She attended Phillips University, the University of Central Oklahoma and is a graduate of the University of Oklahoma. She is a member of the Enid Writers’ Club, and Oklahoma Writers’ Federation, Inc. There is always another story weaving itself around in her brain trying to come out. There aren’t enough hours in the day!
View all posts by peggylchambers →
This entry was posted in Uncategorized and tagged Christmas scents, cinnamon, family, food, love, spices, sweet treats, warmth. Bookmark the permalink.