Posted on October 20, 2019 by peggylchambers 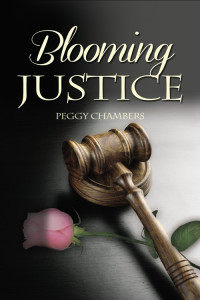 I’ve learned a thing or two about writing. I will always have more to learn. But when it comes to story structure I’ve learned from the best. William Bernhardt has a series of books on story structure, characterizations, etc. I am also a big fan of Blake Snyder’s Save the Cat series and Donald Maass’s Writing the Breakout Novel. Like I said – the best. Without them, I could never have written a book that covered several years in a woman’s life. So, if my writing doesn’t come up to their standards (or yours) I only have myself to blame – not them. But I constantly study and try to do better.

In my novel Blooming Justice, set on Keystone Lake in Oklahoma, I covered a three-year period with a young girl graduating high school and beginning her college years. She grows up a lot in that formative time. She is sexually harassed at the senior prom when she accepts a date from a boy she barely knew but was extremely attracted to. She knew better. She was smart and had her feet on the ground, but in a moment of fairytale weakness, she said yes and then paid the price. But she learned.

Once in college she again ran into Prince Charming who wasn’t nearly as charming as she originally thought. He had a dark past and it was coming out.

When you first meet Erin, she is 18 and graduating from high school. She has her life ahead of her and she has it all planned out. She secured a scholarship to the University of Tulsa and can live in her hometown of Mannford only thirty minutes away. Her dad died when she was young, and her mother was a hard-working single mom. Erin is sure Mom can’t survive without her. She’ll stay home and save money and look after her mom. But does Mom need to be looked after?

Soon, Erin will begin to hear rumors of college women being raped – and she knows who’s doing the deed. Now working part time in her aunt’s law firm, she has an opportunity to help stop the madness. But does she have the courage?

The book covers three years of a young woman’s life from high school to law school. Formative years. Erin will not only study hard but will try to make the campus safe for the women who attend TU and bring Prince Charming to justice.

Bringing justice can be hard, but to Erin it was worth it. Pick up a copy of Blooming Justice and let me know what you think of it.

Peggy Chambers calls Enid, Oklahoma home. She has been writing for several years and is an award winning, published author, always working on another. She spends her days, nights, and weekends making up stories. She attended Phillips University, the University of Central Oklahoma and is a graduate of the University of Oklahoma. She is a member of the Enid Writers’ Club, and Oklahoma Writers’ Federation, Inc. There is always another story weaving itself around in her brain trying to come out. There aren’t enough hours in the day!
View all posts by peggylchambers →
This entry was posted in Uncategorized and tagged Blake Snyder, Blooming Justice, Donald Maass, novels, rape, Sexual harrassment, story structure, William Bernhardt. Bookmark the permalink.