Posted on February 25, 2013 by peggylchambers 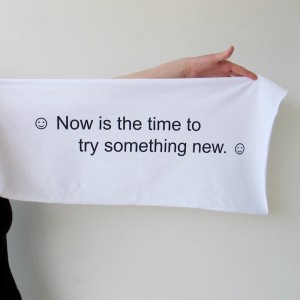 I’ve taken up another new genre, again.  I’ve never been able to choose and stick with one type of writing.  I don’t know why, maybe because I read everything, I feel inclined to write everything. I love murder mysteries, horror, fantasy, dark comedies – and children’s books.  Hmmmm, I’m conflicted.

I’ve always loved to write. But, there were many years when I was working, going to school and raising kids I didn’t have time.  I hardly had time to brush my teeth some days.  When my parents became ill I wrote for therapy.  Getting feelings down on paper and then reading them later helped me see things from a different perspective.

When I became a grandmother I wrote for my favorite child to make us both happy.   The little light of my life loved his grandma’s books.  He even told his friends that his grandma wrote books – the cool kind with wizards and stuff.  Sniff!  After I picked my melted heart up off the floor, I wrote more of them!  He was my best critic.  I even named a main character after him.  Then he outgrew me.

I’ve written mostly fantasy and children’s books but, lately I’ve been writing women’s literature.  After all, I’m a woman.  My latest project is a novel about a woman who lives alone in a broken down beach house and sells vegetables at her produce stand for a living.  But she is not what she appears to be – a semi recluse who avoids the world.  The story takes a lot of twists and turns (has a little sex and violence thrown in for good measure) and hopefully keeps the reader guessing.  It’s a story of mature love, but more than a romance novel.

I hope my “next big thing” will be finished this spring.  I keep thinking of ideas and it grows daily, so it may never be finished but, it is a labor of love.

Now that I feel the need to write for myself, maybe I will eventually be able to settle on a genre but, the prospect doesn’t look promising.  My interests are too varied.  Writing for me doesn’t guarantee a fan base or book sales but it does guarantee a soul with a purpose.  Maybe it will be good enough for both.

Peggy Chambers calls Enid, Oklahoma home. She has been writing for several years and is an award winning, published author, always working on another. She spends her days, nights, and weekends making up stories. She attended Phillips University, the University of Central Oklahoma and is a graduate of the University of Oklahoma. She is a member of the Enid Writers’ Club, and Oklahoma Writers’ Federation, Inc. There is always another story weaving itself around in her brain trying to come out. There aren’t enough hours in the day!
View all posts by peggylchambers →
This entry was posted in Uncategorized. Bookmark the permalink.