Posted on January 2, 2022 by peggylchambers 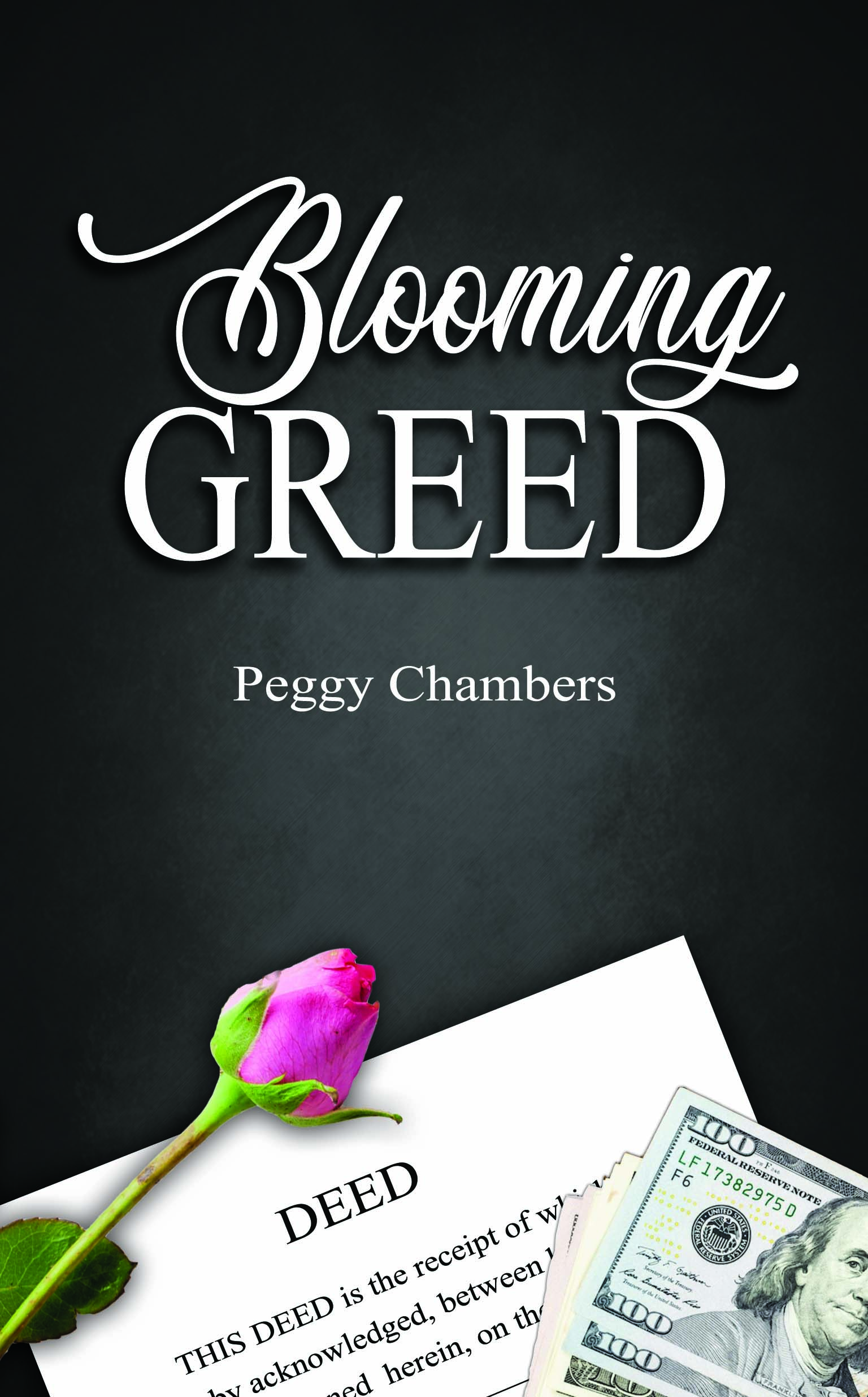 Like most of the world who celebrates Christmas I was busy the last few weeks. We had Christmas dinner at my son’s. My son-in-law’s mother had a heart attack and went into a nursing home. My sister had a heart attack and left her with blood clots in her lungs and legs. My granddaughter lives in Boulder where the wildfires hit, but she expects her apartment to be there when she is allowed to go back. New Years left us with below normal temperatures and snow. But it’s winter so what do you expect.

I expect to have an other hard day of writing since getting out is treacherous and then the week will once more become warm. ‘Tis the season. I still need to get my Christmas decorations put away and get back to working out at the YMCA. The pool heater has been broken!

But I have good news! Blooming Greed releases on January 26, 2022!!!!!! This novel is the second in the Keystone Lake series and once more has Erin solving a murder mystery, excessive land sales around the lake, and possible dam rupture. If you’re not from Oklahoma, Keystone Lake is a large lake in the Tulsa area and the setting for my two Keystone Lake mysteries, Blooming Justice and Blooming Greed.

Erin Shipley grew up on Keystone Lake before moving to Tulsa and becoming an associate attorney. Now, she’s back, representing a client who is concerned about the flooding and property values around the lake. Properties underwater are being bought and sold for pennies on the dollar by someone called T & H Realty. When her friend’s uncle, Jeff, dies mysteriously on the lake, Erin wonders if it has anything to do with the real estate scam and launches an investigation. The dam is old and zebra mussels are clogging it, not allowing enough water to flow out. If the dam breaks, it will flood downtown Tulsa and areas around it. But that’s not the only danger…whoever killed Jeff isn’t finished with their diabolical plan, and Erin and those she loves are at risk from more than just a dam break.

I can’t wait to show you Blooming Greed. Plans are in the works for a release party, and you will be invited.

Peggy Chambers calls Enid, Oklahoma home. She has been writing for several years and is an award winning, published author, always working on another. She spends her days, nights, and weekends making up stories. She attended Phillips University, the University of Central Oklahoma and is a graduate of the University of Oklahoma. She is a member of the Enid Writers’ Club, and Oklahoma Writers’ Federation, Inc. There is always another story weaving itself around in her brain trying to come out. There aren’t enough hours in the day!
View all posts by peggylchambers →
This entry was posted in Uncategorized and tagged Blooming Greed, Christmas, new book, winter. Bookmark the permalink.